Today I got an email telling me that I had not had some of my work accepted for publication, this was after also hearing nothing back from a poetry competition I entered. I had been hoping that I might have had some success at either or both of these and it is disappointing to find out otherwise I must be honest. Last night I also wrote a rather long piece which I thought I might post on here about the Edinburgh Poetry scene but I haven’t typed it up yet and I’m still debating whether or not to do so. However I also am very aware that there are things happening around me which are very much bigger than just a couple of rejections. The court case in Edinburgh this morning in which three Court of Session judges ruled that the government, and Boris Johnson specifically, acted illegally in dispersing the parliament through the formal process of prorogation took me by surprise as I was at the hearing last week in which a judge found in Johnson’s favour. I wish I had known this was going on or I would have tried to get into hear that one as well. Sitting in the Scottish Poetry Library when I heard the news, I decided to get up and go down the road to Holyrood to see if there was anything going on there. I couldn’t see anything specific but I’m sure that the news must have been on a lot of peoples’ lips throughout the building. With historic events such as these going on in the vicinity I’m not sure that my disappointments are really of much consequence. And besides now I know that my poems are no longer being considered I can publish them on my website. 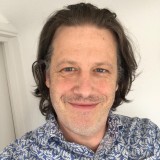